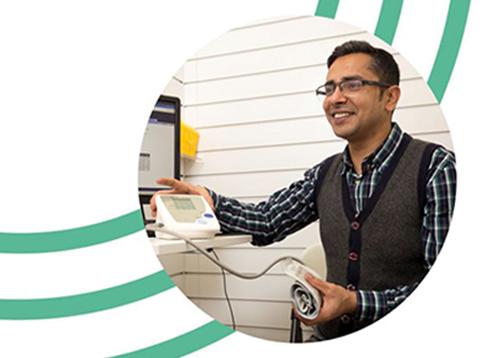 Our governing council has agreed revised education and training standards for pharmacist independent prescribers. We will begin to accredit courses based on the new standards in 2019.

Council members carefully considered the feedback to our consultation on the revised standards, and made a number of changes to the standards based on what we heard.

The consultation proposed removing the requirement for pharmacists to have worked in a relevant, patient-facing area for two years before applying to train as an IP, and replacing it with an assessment of the quality and nature of an applicant’s experience. Respondents’ views in the consultation were mixed and the Council agreed that the two-year requirement should remain in place, with course providers evaluating both the quality and quantity of an applicant’s experience.

The revised standards state that suitably experienced non-medical independent prescribers will now be able to act as designated prescribing practitioners (DPPs). The consultation had proposed that there would be a requirement for course providers to arrange for formal mentoring of DPPs. After considering the feedback, which raised questions about whether this was necessary and the potential burdens of this requirement, the Council agreed that a formal mentoring requirement was not necessary as DPPs are required to be suitably experienced before taking on the role, and there was already a general requirement for course providers to support and quality assure professionals working for them.

We are developing an evidence framework to accompany these standards. We will test the framework with a group of course providers in early 2019, before finalising it.

17 December 2020
There’s still time to respond to our consultation Since we launched our consultation on a proposed new approach to managing concerns about pharmacy professionals, we’ve heard from patients and the...

“A Safe Space has saved my life”: how pharmacies are helping people find a way out of domestic abuse

22 October 2020
In May, we contacted community pharmacies to ask them to consider providing a Safe Space for people experiencing domestic abuse in their consultation room as part of the UK SAYS NO MORE campaign run...