The Council consists of 14 members equally split between registrant members (pharmacists or pharmacy technicians) and lay members (people who have never been registered as healthcare professionals). This allows the Council to reflect the diversity of the profession and the wider public and to bring in knowledge and experience from both inside and outside pharmacy.

All Council members are appointed and are required to act independently from the government, professionals and all other interest groups.

This page provides brief biographies of the chair, Gisela Abbam, and the members of our Council. We have also included a registers of interest for each member which publicly lists their financial and other interests that could potentially conflict with their role as a Council member.

Click on each name below to find out more: 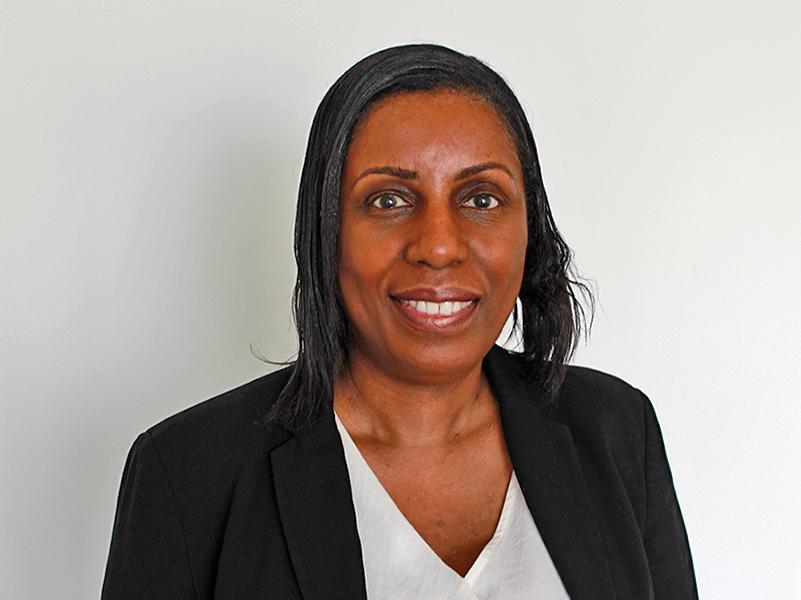 Gisela has a wealth of experience in delivering change in the health and life sciences sector, both in the UK and globally including through her Executive roles at General Electric Healthcare and Abt Associates. She has a particular interest in improving access to and equality in global health and development.

Previously, Gisela was Chair of the British Science Association (BSA). Gisela became Chair of the BSA’s Council in January 2019, succeeding The Rt. Hon. Lord David Willetts. In that role, she led the BSA’s Council and championed the BSA mission and vision, driving forward an agenda on equality, diversity, and inclusion in STEM (Science, Technology, Engineering and Maths).

Gisela has worked in collaboration with governments, the World Health Organisation, the United Nations, and other multilateral organisations to improve health outcomes for people across the world. She is the Senior Director for Government Affairs at PerkinElmer, a global company that develops innovations for health, food and the environment. She also currently serves on a number of Advisory Committees and sits on the Board of the Bar Standards Board, the regulator for Barristers and specialised legal services businesses in England and Wales in the public interest; and the Board of Everywoman Ltd., an organisation dedicated to advancing women in business.

Gisela was the winner of the 2019 Black British Business Person of the Year Award and was awarded Fellow of the Royal Society for Arts, Manufactures and Commerce for her contribution to social change. 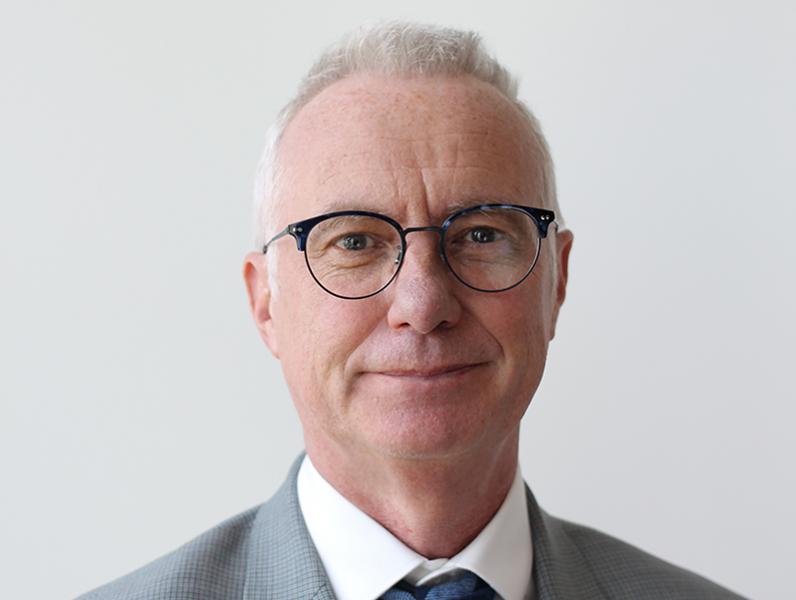 Neil has a number of non-executive appointments. He is chair of the Regulation Board of the Institute and Faculty of Actuaries and a lay board member of the Valuation Tribunal Service. Prior to pursuing a plural career, Neil was Chief Executive of the Legal Services Board, the oversight regulator for the legal professions in England and Wales. 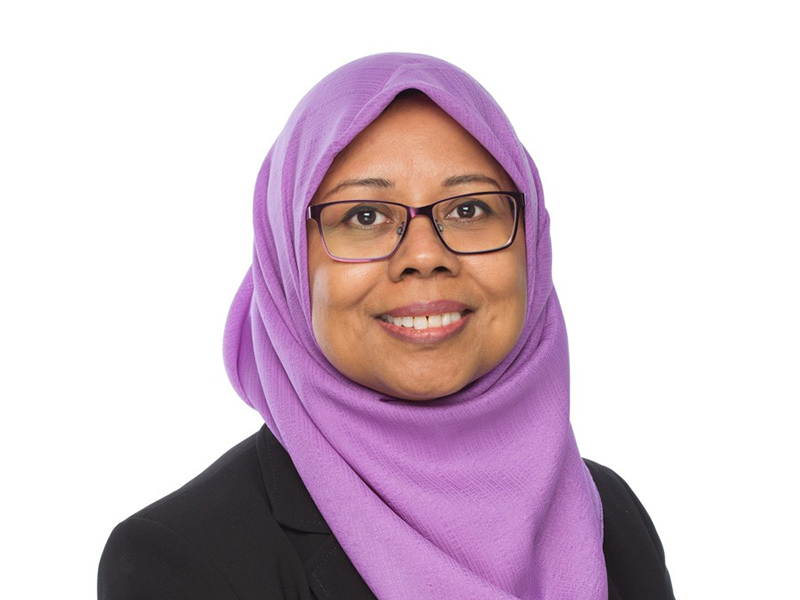 Selina Ullah has over 25 years of non-executive board experience. Selina is chair of a NHS hospital trust, board member of Locala Community Partnerships CIC, non-executive director of Accent Group and chair of various charities.

Selina has experience in regulation, professional standards and education having chaired 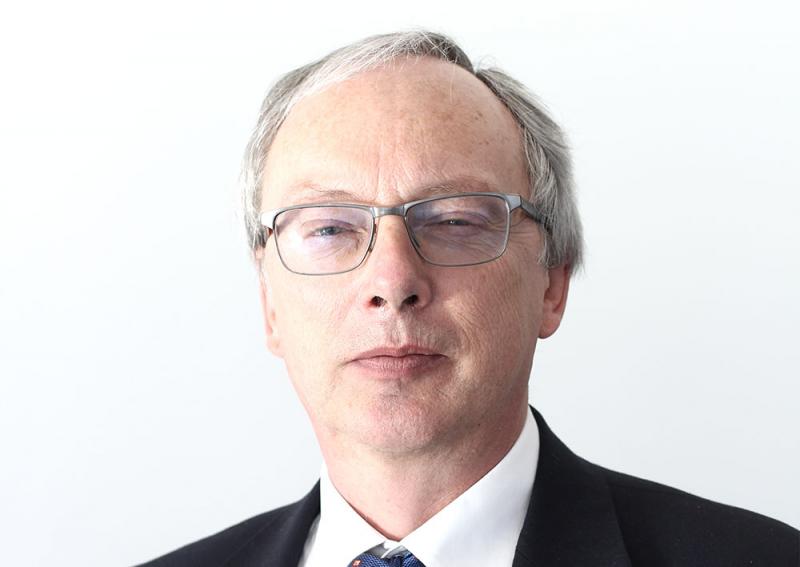 Mark is currently a non executive Board director at the Crown Prosecution Service and a Visiting Professor in Public Policy at Canterbury Christ Church University. 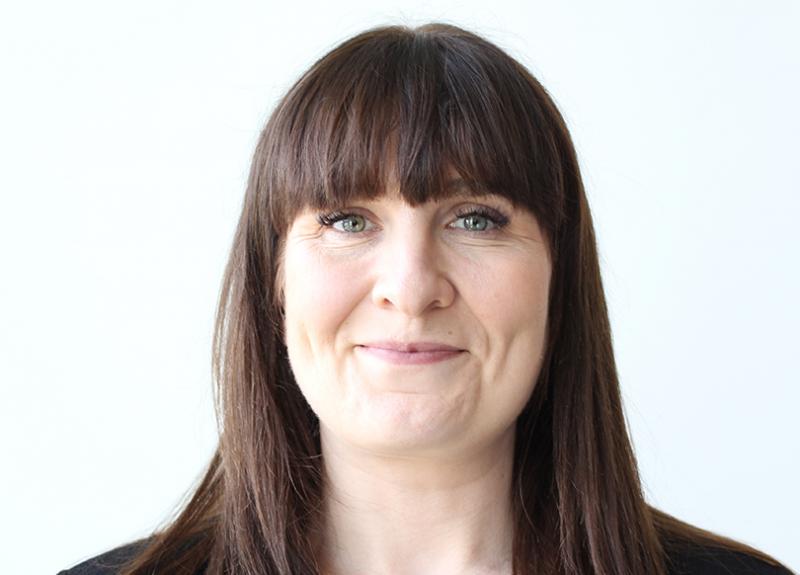 Penny has extensive experience working as a pharmacy technician in both the NHS and private sector, and has held Chief or Lead Pharmacy Technician roles at several NHS Trusts. She is currently Principal Pharmacy Technician for Operational Service at Nottingham University Hospitals. 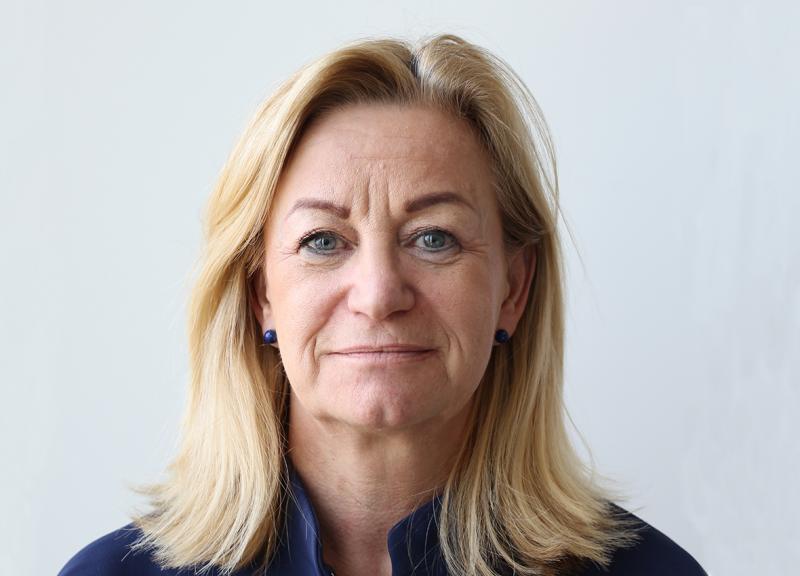 In 2015, she was appointed by Lord Carter to lead his national operational productivity reviews of pharmacy and medicines in acute trusts (2016) and mental health and community trusts (2018), based initially in the Department of Health and then in NHS Improvement.  These reviews formally established the link between pharmacy and medicines optimisation and set the strategic direction for hospital pharmacy services.

Ann has extensive experience in hospital pharmacy and was Chief Pharmacist at Imperial College Healthcare (and predecessor trusts) for over 20 years. 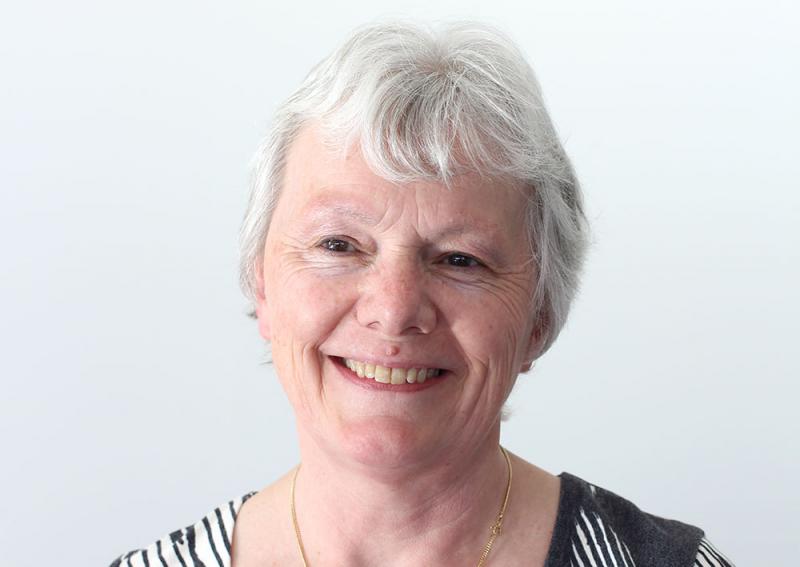 Joanne has been registered as a pharmacist since 1980 and has worked in many different environments, both hospital and retail. She was previously the pharmacist in charge of a retail pharmacy for a number of years. In March 2017 Joanne took up the role of lead pharmacist for the North Wales Controlled Drug Intelligence Forum.

This role was extended in 2018 to that of Controlled Drug pharmacist for North Wales and National Lead for the Controlled Drug Local Intelligence Networks. Joanne has also taken up a role with the regulator for Social Care in Wales which has enable d her to continue to advance her interest in an integrated approach to health and social care. 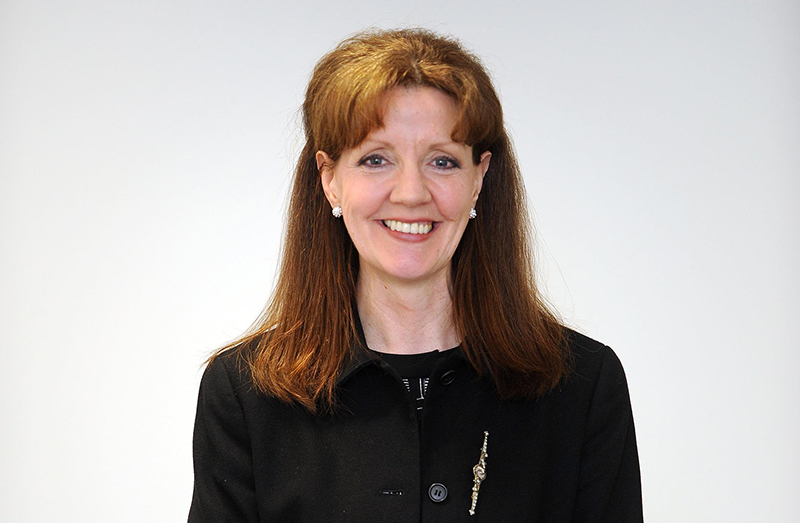 Rose Marie Parr was the Chief Pharmaceutical Officer for Scotland from 2015 until October 2020. She was previously chair of the Scottish Pharmacy Board of the Royal Pharmaceutical Society of Great Britain (RPSGB) and chair of the GPhC’s Board of Assessors, which oversees the registration assessment. 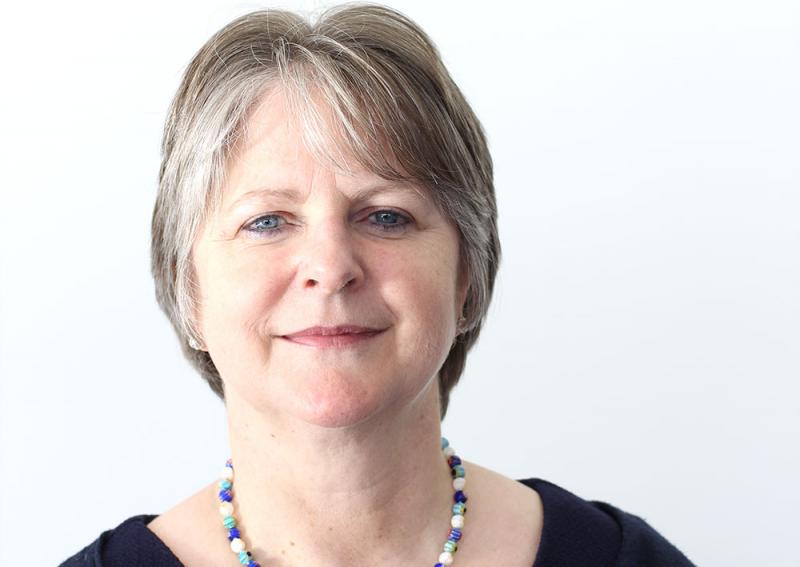 Elizabeth has been registered as a pharmacist since 1984 and has worked in many different environments within healthcare. These include Pharmaceutical and Medical Diagnostics industries, Management Consultancy, Public Relations, Government Affairs, Urgent Care, Community Pharmacy and Hospital Pharmacy in both the NHS and private sector. 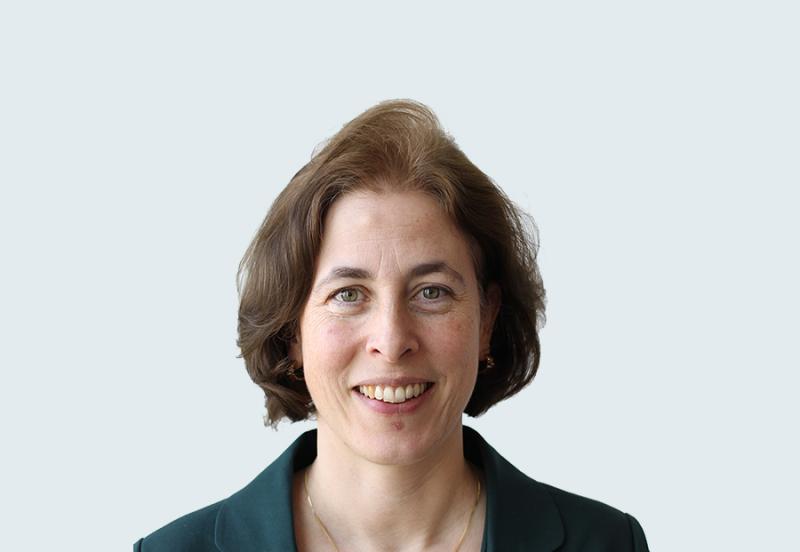 Dr Rima Makarem initially trained as a scientist before going on to hold senior roles within the global pharmaceutical sector. She has built up a broad non-executive track record over recent years, including significant work locally, regionally and nationally in the health and care sector. She is currently Chair of Sue Ryder and of Queen Square Enterprises. 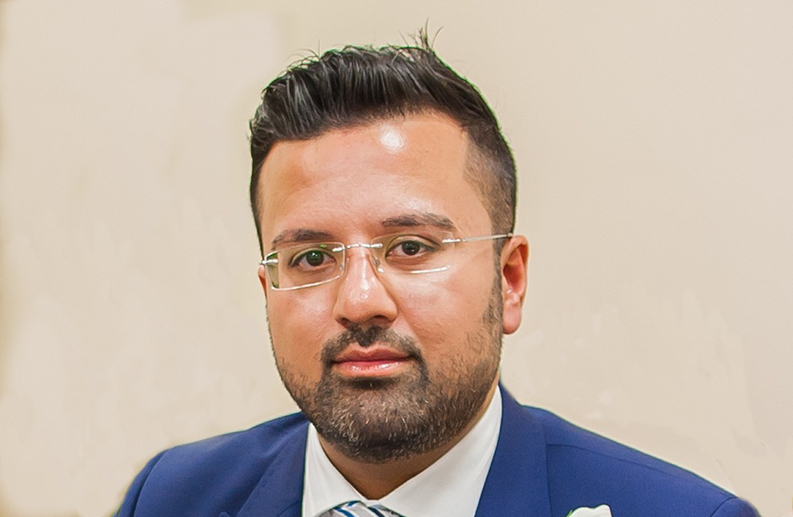 Yousaf Ahmad is currently the Director of Medicines Optimisation and Integrated Care System (ICS) Chief Pharmacist at Frimley ICS. Yousaf has extensive experience within secondary care, having worked primarily in large acute health boards in Scotland and in the Middle East. He has represented pharmacy at a national level through committee memberships with UKCPA and the RPS bodies. Yousaf also holds several Non-executive and Board roles at various institutions including a digital health care company and peer-reviewed research houses. 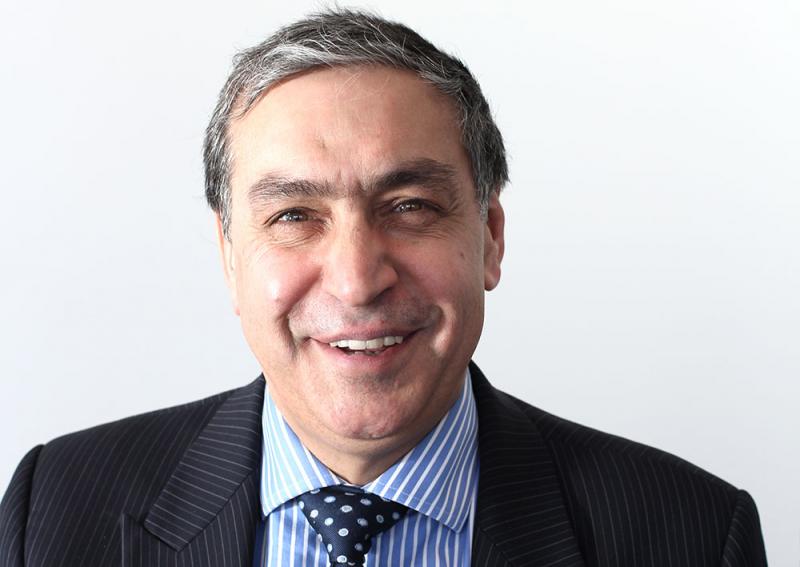 Arun was brought up in Gowerton and studied at several Universities (Swansea, Cardiff and Oxford) completing his PhD in the 1990s. Following many years in the University sector in Public Health Medicine and Medical Education with the University of Wales College of Medicine and then Cardiff University, Arun has built a portfolio of non-executive and lay member roles in the fields of regulation, standards, governance, health and education. He is currently an Independent Chair of Retrospective Continuing Healthcare Reviews in NHS Wales and England, an Advisor to the Royal College of Physicians of Edinburgh and a member of the General Pharmaceutical Council.

Previous roles have included, lay member on the Select Committee on Standards, House of Commons, member of the General Medical Council serving as its Treasurer, member of the Higher Education Funding Council for Wales, and member of the Welsh Language Board. Arun has served as a Justice of the Peace and was also High Sheriff of South Glamorgan in 2012.

Arun was also a Trustee of the Welsh Rugby Charitable Trust and a rugby union referee. He is an Assessor of the Queen’s Anniversary Prizes for Further and Higher Education and an active supporter of the charities Save the Children and Street Child United. He is a season ticket holder with Swansea City FC. 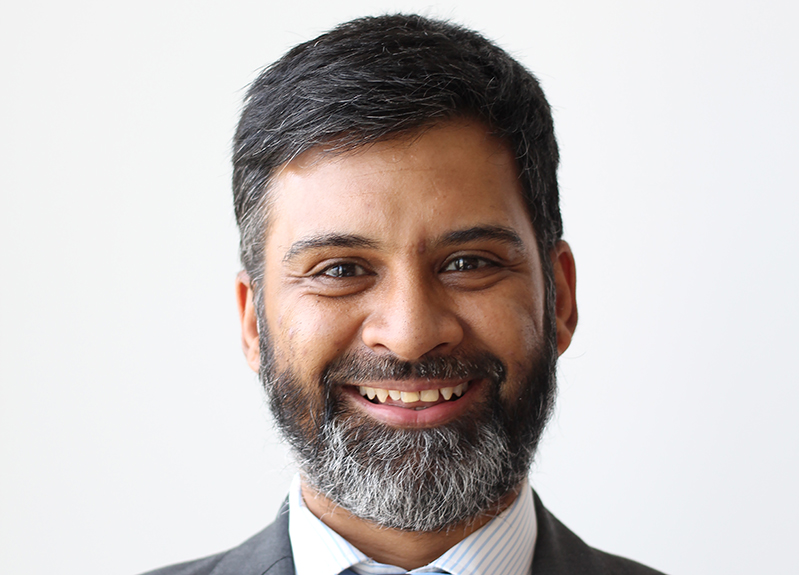 Aamer is an experienced hospital pharmacist who has mainly worked at one of the largest hospitals in England, Guy's and St Thomas' NHS Foundation Trust.  His career in the NHS spans over 25 years and he has been involved with pharmacy education and training for over 20 years developing innovative pre-registration training programmes.  Aamer has been involved with academia at both undergraduate and postgraduate levels. Aamer's current role is as the Associate Head of Pharmacy for Early Careers at Health Education England London and South East. Aamer is the Chair of Education and Training for the Guild of Healthcare Pharmacists. 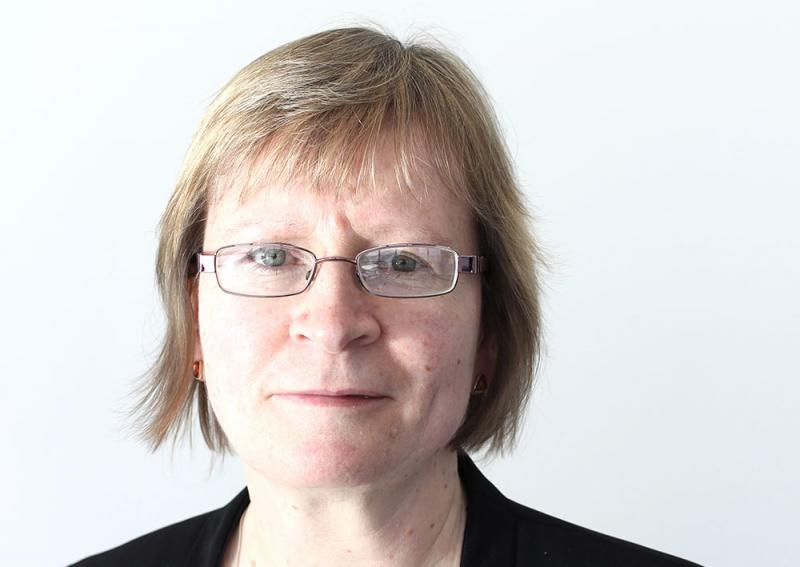 Jayne graduated from Leeds University with a degree in French that involved living and working in France for a year. She then trained as a lawyer and was admitted as a Solicitor in 1984. Jayne’s first few years were spent in private practice in Norfolk with a caseload of criminal defence, civil and family work before joining the Crown Prosecution Service (CPS) in the West Midlands. Jayne worked initially as a prosecutor before taking on a variety of management roles. She has been involved in many Criminal Justice Service initiatives at regional and national level and ended her CPS career as a senior manager heading up the regional Complex Casework Unit that specialises in serious and organised crime cases in the Midlands region and nationwide.

Are you familiar with the standards for pharmacy practice?