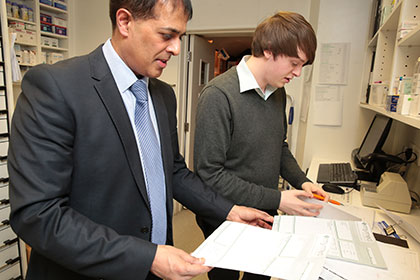 Currently, pharmacists wanting to become independent prescribers must undertake additional education and training which includes being supervised by a designated medical practitioner in practice.

The new supervision requirements would also, if approved, remove a potential barrier to the expansion of the number of pharmacist independent prescribers and alleviate pressure on both course providers and services.

“The evidence is that the pharmacist’s role as a prescriber is developing rapidly and so this is an important topic to address. We welcome feedback on our proposals which will inform a wider review next year of the standards for the education and training of pharmacist independent prescribers.”

The GPhC is seeking feedback in response to the discussion paper until 1 February 2017.

The paper states that we do not believe any change in legislation is required to alter the supervision requirements for pharmacist independent prescribers, which are set by the regulator.